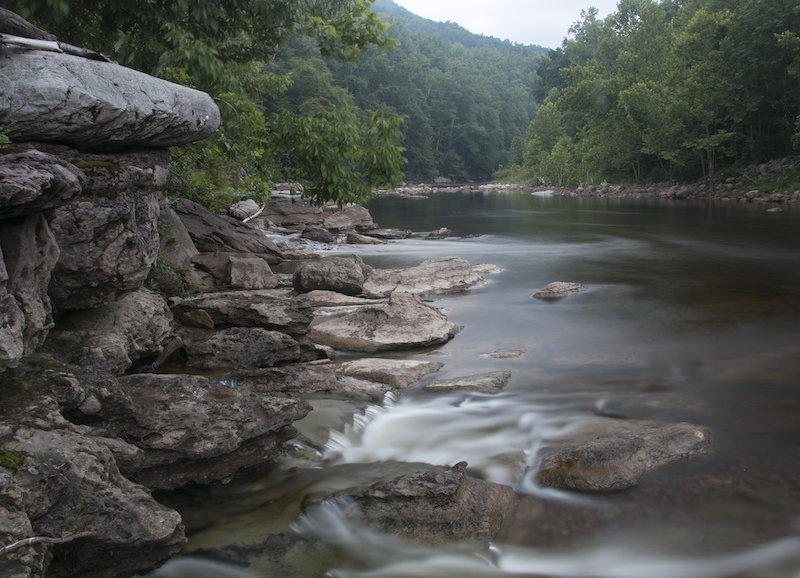 On the first day of the 115th Congress, the House of Representatives passed budget rules that included a provision devaluing public lands. By assigning no value to federal property, Congress has potentially greased the skids for transferring public lands to state or private control — those transactions would now be considered “budget neutral.” Dolly Sods. Seneca Rocks. Cranberry Wilderness. According to the House, with support from all three West Virginia Representatives, these iconic landscapes are deemed worthless.

Our federal public lands have already been bought and paid for by the taxpayer. Look no further than our mountains and rivers for examples. The Monongahela National Forest was created from owners willing to sell logged-out property so the government could rehabilitate the land. The Land and Water Conservation Fund has supported over $182 million in purchases, including access along the Gauley and New Rivers and wetlands in Canaan Valley. As the result of foresighted actions like these, every American is now a shareholder in over 620 million acres of public land.

These public lands are big business. Congress commissioned a study to understand the value of outdoor recreation, currently estimated at $646 billion. Public land is at the heart of that economy; after all, who would buy new boots or boats if they have nowhere to use them? In state, the Monongahela National Forest supports 1.3 million visitors that spend approximately $82 million dollars annually. The New River Gorge National River provides another $53 million to the local economy. There is likely even more tangible value in the “ecosystem services” offered by public lands: much of West Virginia’s drinking water originates in the headwaters of the Monongahela National Forest — over 300,000 thousand people get their drinking water from the Elk River alone.

The return on our investment in public lands goes far beyond dollars and cents. A rafting trip with friends, a hike with a pet, a day spent hunting and fishing with our children — how can you quantify the value of those experiences and the feelings that linger long after? Or the connectedness and sense of place that public lands offer?  The “Mon” serves as a common denominator among hunters, birders, boaters, fishers, campers, RV towers, bikers, hikers, and climbers. We may enjoy the land in different ways, but every Mountaineer loves and takes pride in our public lands, the most “Wild and Wonderful” part about living in West Virginia.

The new budget rule isn’t the only attack on the integrity of public lands. Bills have been introduced to allow states to seize two million acres of national forests so long

as logging is the priority (HR 3650 & HR 2316). Transferring control of and developing public land is the stated platform of the party that now leads all three branches of government. Congress may very well have taken the first step in a widespread public lands divestment.

Loss of federal ownership could be detrimental to public land users like you and me. Federal lands are managed with mandatory public input and “multiple use” provisions that value clean water and recreation alongside timber and minerals. States often have different priorities. Western sportsmen have found themselves shut out of state lands following profit minded sell-offs. Because the West Virginia state legislature is prohibited from passing a deficit, selling or developing state land could become a quick fix for our financial woes. Mineral rights have been auctioned off beneath some of our Wildlife Management Areas.

President Trump has said we need to be stewards of public lands and it’s not something that should be sold. His pick for Secretary of the Interior, Rep. Ryan Zinke, is an avid sportsman who has spoken out against selling public lands — but he voted for the new budget rule. All Representatives from West Virginia voted in favor of it too. We must hold our leadership accountable. Tell them to protect our public lands from sale or transfer.

Because worthless and priceless are far from the same thing.

Matt Kearns is a veteran and avid outdoorsman. He travelled the length of the Elk River in 2015 to promote the connection between the Monongahela National Forest and our drinking water. Matt is a natural resources graduate student at WVU and works on public lands issues for the West Virginia Rivers Coalition and the West Virginia Wilderness Coalition. the Elk River alone.

Just weeks after Congress passed a provision making it easier to sell off public lands, a move to do just that was put forth by US Representative Jason Chaffetz (UT). H.R. 621, Disposal of Excess Federal Lands Act, called for the disposal of 3.3 million acres of land for sale to non-federal entities.

The public outcry was enormous.  Thousands of people called their representatives and took to social media to express their outrage and rallied in opposition to the bill.  Thanks to the huge numbers of engaged, outspoken public opponents, in less than one week Chaffetz posted on Instagram his withdrawal of H.R. 621.

This victory is just one example of what can happen when citizens rally together and speak out; our voices are heard, and we can protect what cannot protect itself.  This will not be the only time we need to rally for our public lands, or for our water, etc.  We must remain vigilant and alert.  Here are a few ways to stay engaged.

Join Friends of the Cheat and other groups for E-Day February 27th at the WV Capitol.

Join the March for Science on Earth Day,  April 22.  https://marchforscience.com