A New Chapter for the River of Promise 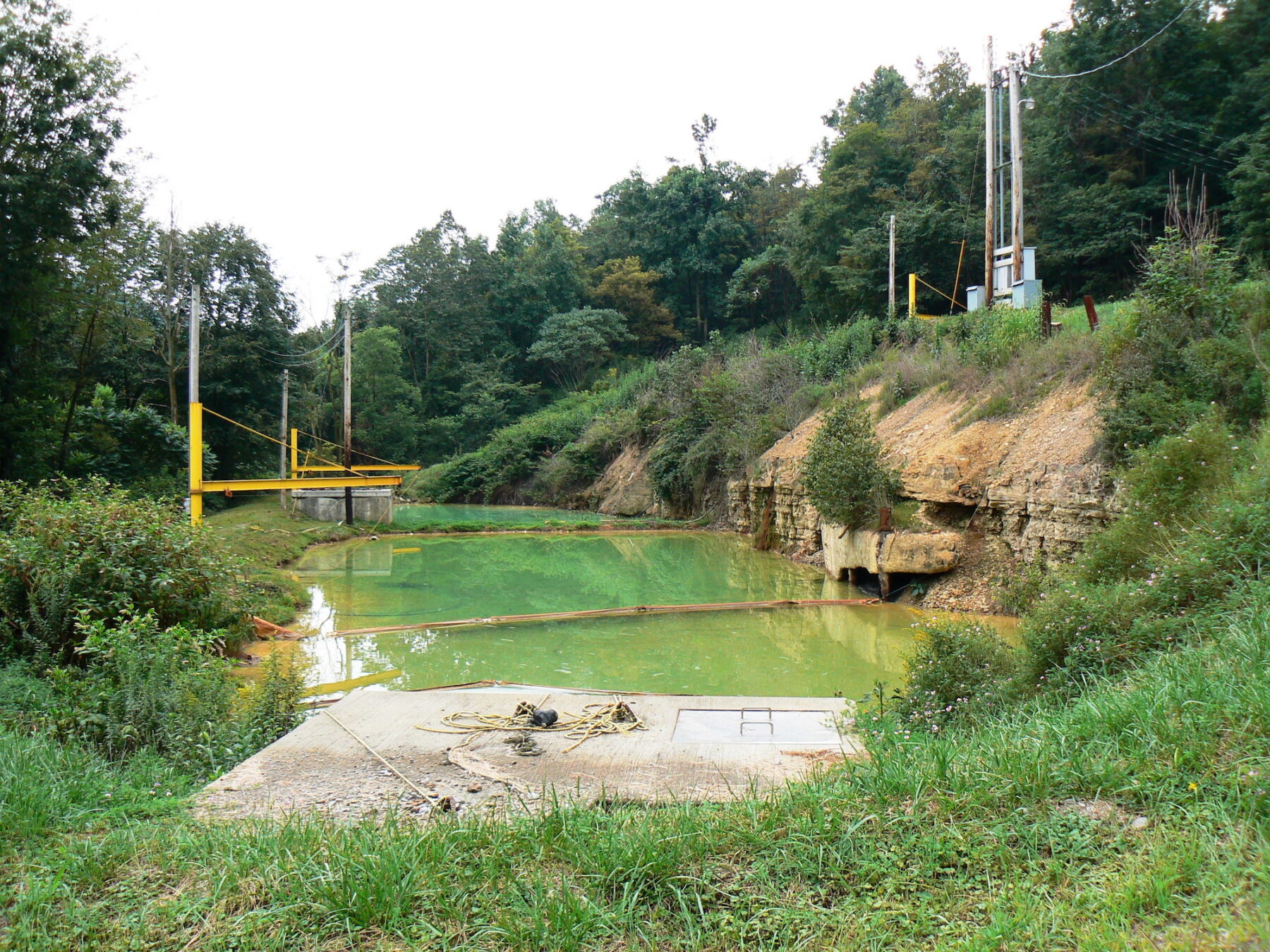 Most of you know the River of Promise story, or at least the highlights.  One pivotal chapter of this story involves the now-infamous T&T mine.  In the spring of 1994, the hillside near the straightaway along Route 26 known as Deep Hollow blew out, sending thousands of gallons of highly concentrated acid mine drainage pollution into Muddy Creek, and ultimately the Cheat River Canyon.  The Cheat River and nine of its lower tributaries were already severely degraded by acid mine drainage (AMD) from decades of irresponsible and under-regulated mining activity; this high-profile event was the final blow to the river, turning its waters orange and leaving a bathtub ring of iron-laden sludge throughout the Cheat Canyon sixteen miles to Cheat Lake.  The T&T blowout in 1994, followed by a series of pollution events in 1995, brought the river national attention, catalyzed the formation of Friends of the Cheat, and spawned the coalition known as the River of Promise.

The incident at T&T was determined to be the result of illegal activity.  Ultimately the operation’s bonds were forfeited and the WV DEP Office of Special Reclamation took over water treatment responsibility at the site.  Since 1995, this treatment facility, perched atop a narrow hillside above Muddy Creek, has been a field trip and tour stop for many community leaders, agency officials, and over 3,000 WVU and Preston High School students.  Mining and reclamation experts from all over the world have visited the site, facilitated by WVU’s National Mine Land Reclamation Center.  The small collection pond brims with bright orange water and the facility walls are covered with faded mine maps.  But, just over the hill, major activity is taking place as contractors are busy constructing a new $8M AMD treatment facility.  Ten years in the making, this system is designed to treat up to 4,200 gallons per minute (with the capability to pass up to 7,600 gallons per minute), delivering up to 10,000 pounds of lime each hour (although the system will treat with lime slurry made on site).  The facility will have state-of-the-art telemetry sensors that monitor water quality and adjust treatment in real-time.  Two 80 foot clarifiers will settle out metal-laden sludge, which will be pumped back into the mine workings.  Backup geotubes will be incorporated into the site for excess sludge storage.

In addition to water emanating from the main T&T site, the new facility will also treat water from “Ruthbell #3” (Preston Energy #UO-235).  FOC was instrumental in the US Office of Surface Mining’s determination that the water from Ruthbell #3 was the result of a bonded mining operation, not an abandoned mine land, and therefore under the treatment responsibility of WV DEP.  This water is a significant source of impairment to Muddy Creek, with up to 30% of Muddy’s pollution load attributed to this single source.

River of Promise partners have a shared goal of restoring water quality in the lower 3.4 miles of Muddy Creek.  This section is an important target because of the opportunity to reconnect lower Muddy and the Cheat main stem with the healthy, active trout fishery above Muddy’s confluence with Martin Creek near Woolen Mill Road.  However, the improvements to T&T and the inclusion of Ruthbell #3 waters in the new system will result in improvements to water quality in lower Muddy Creek, but still not enough for full restoration.  The majority of acid mine drainage pollution in this watershed is from abandoned mine lands, specifically heavy aluminum loads from Glade Run and even more concentrated pollution from Fickey Run.  To maximize water quality improvements resulting from WV DEP treatment operations, WV DEP is implementing a novel watershed based approach using in-stream lime dosing.  FOC reported on WV DEP’s in-stream dosing treatment approach in the Spring 2016 issue of Into the Canyon.

The construction of the new facility and infrastructure is an exciting time for restoration partners.  FOC asked veteran WV DEP Field Technician John Loughry what he thinks about the new treatment system.  John has cared for the T&T site since November 3, 1995.  If you have visited the T&T facility you have probably met John and heard his vivid recollection of those first few months of treatment; Monitoring Coordinator Ellie Bell recalls her undergrad visit to the site as one the best field trips she ever attended.  John knows the quirks of the T&T mine maybe better than anyone, referring to the site as his “problem child”.  John has learned that you can’t beat Mother Nature, and some days you do the best you can and it’s still not enough–but you can’t let that get you down.  He is proud of what he has been able to do at T&T, including fostering a fish population in the treatment pond over the hill at T&T #3.  Over 25 years of data and John’s experience were instrumental in assisting the engineers who designed the new treatment system.  When the new treatment system goes online John will not be turning the knobs or testing the waters–the new facility is too high tech for his nature, and he laughs when he reports that they didn’t even have computers when he started his job.  When asked if he will miss caring for his problem child, John surely didn’t shed any tears but said he will miss being a part of the long-awaited full-scale treatment.  When pressed if he thinks fish will return to lower Muddy Creek someday, John said, yes, down the road, he thinks it is possible.